How to go to Sirince?

What to eat in Sirince?

Where to go in Sirince?

What to do in Sirince?

What to buy in Sirince? 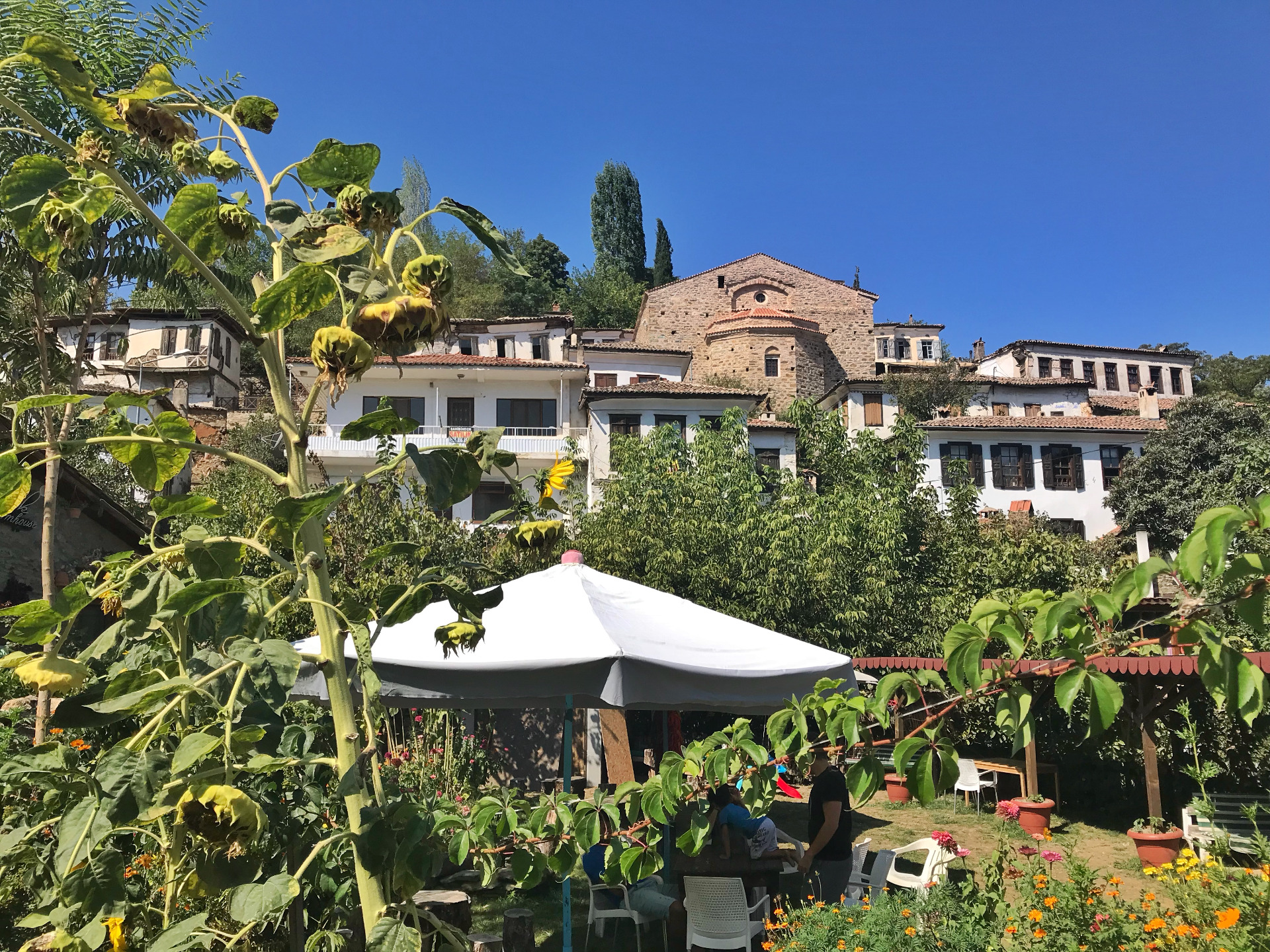 The village of Sirince referred in ancient sources as the Ephesus on the Mountain suggests long established settlement. Although there seems to be no concrete indication of how it came onto the stage of history, the dominant theory is that

a small group of people resettled on the mountain, following the fall of the city of Ephesus and its harbour being moved to Kusadası (Scala Nova). The people might have preferred to move and settle in the mountains due to problems caused by the silting and the flooding of the river Meander.
It is told in the village today that this new village on the mountain was called Cirkince, meaning rather ugly, with the intention of drawing less attention and interest of outsiders, thus ensuring security. One of the principal anecdote abput naming of the village tells that a group of Byzantine Greeks who were freed from the dominion of Aydınogulları and sent away for re-settlement, were asked by the neighbouring villagers whether the new place they had settled was nice or not. The answer was rather ugly.

The oldest building in Sirince is from the Hellenistic period, initially built as a tower initially, and most probably left from the Lysimakhos era corresponding to the time when the city of Ephesus was established. It was part of an early warning system built in the Klasseas Valley which was of strategic military importance. The building has had some alterations during the Byzantine period and is locally thought to have been a monastery.
A ceramic seal with the name of Georgeos used to brand bread in a bakery was found in a peach garden indicating the existence of a community life in the region in the Byzantine period.
The oldest travel notes about Kirkica are in the book of memories called A Visit to Turkey and Return to Britain, written by a scholar priest Edmund D. Chishull , who lived in Izmir during 1698-1702. Leaving Tire, Chishull reached the ancient city of Ephesus on April 30,1699. As the book reveals, the place to stay for the night around Ephesus is the village of Kirkidje. Chishull and his guide arrived in the village at around eight oclock in the evening tracing along the Klassen Valley in the east of Ayasuluk hill. Lets now listen to Chishulls words:
... Accompanied by our guide and on horseback, we went along a river with small springs, a long but pleasant journey of about an hour and a half, riding between the two hills below the Ephesus fortress and accompanied by the cooling shadows of myrtles, oleanders, Judas trees, Scots brooms, lilacs and others.
Spending the night in the tents of the muleteers, they visited the village on the next day, on May 1st. Chishull states that all the inhabitants were Christian.
... The village priest wanted to show us the supposedly hand-written pages of the Bible. It was a Bible believed to have been written by Prochorus who was one of the seven assistant priests mentioned in the book called The Achievements of the Apostles. We examined it and found out that it was either a copy of the Bible or a prayer book from the 6th or 7th centuries.
It is recorded that Chishull and the group left Kirkinca village for Ephesus the same day in the afternoon.
Kirkinca was a village of 1800 households of Byzantine Greeks during the Ottoman reign in the 19th century.
World War I started in 1914 with all its violence in Anatolia. The Ottoman government registers the young Byzantine Greeks of the Kirkica Village to join the Worksmen Battalion. However, those running away from the battalion either go to he mountains to live as a gang of brigands or took refuge in Greece to boycott. Those who could survive the war return to their village when the war ends. Dido Sotiriyu reflects about those years in her novel called Farewell Anatolıa writing:
The Germans had left behind their munitions stores in the ancient Ephesus. The Turkish gendarme appointed by the Mondros Armistice to hand them over to the allies had run away. Following the night fall, the villagers of Kirkinca carried all the weapons and explosive materials to the village pacing the roads of Ephesus. It was then that they felt independent. Hunchbacks immediately became straight.
On May 15, 1919 the Greek army occupying İzmir was welcomed with excitement in the village of Kirkica. Identifying themselves as Greek, the young people of Kirkica, Urla, Bornova and Kusadasi volunteered to join the independent regiments headed by Greek officers. The Sevr Agreement signed on 10 August 1920 encouraged these young people with the hope to share the eastern Anatolia with the allies.However, the success of the Great Assault ending the Turkish Independence War, and the rescuing of İzmir from the Greek occupation on 9 September 1922, caused the Byzantine Greek villagers of the region to migrate to Greece. Kirkica then turned into a deserted village like the others, with a few elderly inhabitants left behind.
In 1924, a Population Exchange Agreement was signed between Turkish and Greek governments. Thus,the post-war Kirkica was revitalized with Turkish newcomers from Salonika, Kavala and Provusta. The words of Kazim Dirik Pasha, the governor of İzmir at the time, about the name of the village are still quoted in the region. During the first years of the Turkish Republic, he visited the village and suggested changing its name from Cirkince -meaning rather ugly- to Sirince meaning charming, saying such a nice place should not be called ugly, but could only be called pretty.

Natural environmentSirince stands at the end of the valley which goes along the Çirkince mountain-pass from Selçuk to the east. The river flowing in the valley was called Klasseas in antiquity. The mountains in the north are called Elemen. Selahattin Mountain is the current name given to the hills stretching to the east. Beylik Hill, 508 meters in height, is to the west of Şirince, overlooking the sea and the Selcuk plain.
The hills around Sirince are covered with pine trees and on the rocky cliffs with scrub. Marshmallows with violet flowers are the most striking plants on the climb to Şirince. The town is surrounded by olive groves, tangerine and fig gardens, and vineyards.
More
Travel Guide

How to go to Sirince?

What to eat in Sirince?

Where to go in Sirince?

What to do in Sirince?