How to go to Balıkesir?

What to eat in Balıkesir?

Where to go in Balıkesir?

What to do in Balıkesir?

What to buy in Balıkesir? 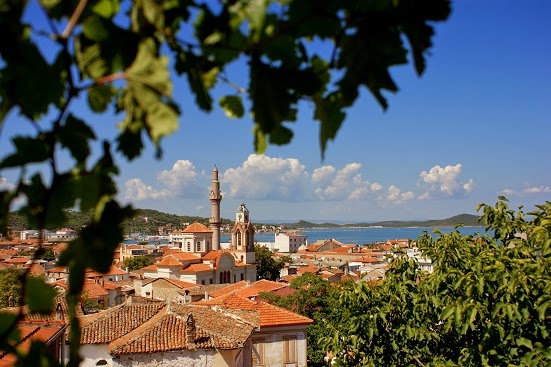 Close to modern Balıkesir was the Roman town of Hadrianutherae, founded, as its name commemorates, by the emperor Hadrian.[4] Hadrian came to the region in A.D. 124, as a result of a successful bear hunting he had established a city called his own name here. It is estimated that the city consisted of the castle, the homestead, the stud and a few homes. It is thought that the small town was the stadium where to be present.[5] Members of the Roman and Pre-Byzantine dynasty had used this castle as a vacation area and for hunting. During Byzantine period, the small town which had become increasingly neglected was known as Palaeokastron (Greek: Old Castle). Also, when the Turkmens came from Middle Asia to Mysia, they called it Balak Hisar because of the remains of castle, as Hisar is the Turkish word for castle. Balıkesir's former name was Karasi, because Balıkesir city was founded by Karasi Beg in the 13th century as using the remains of the small town. 1297 is considered as the date of establishment of the city which has built by the Turks founded the rare cities in Anatolia. The Karasids was a Turkic principality in Mysia. Until the 13th century, Balıkesir city had been the administral centre of the Mysia region. In 1345, Balıkesir city was annexed by the Ottomans. In 1897 an earthquake destroyed much of the city. In 1920 Balıkesir city was conquered by the invading Greeks but on 6 September in 1922, the Turkish army took back the city. During the Turkish War of Independence, Balıkesir was a main centre of the militias in Western Anatolia against Greeks. In the 1950 major fire, again, destroyed a part of the city which was later rebuilt. Some mice were the cause of the 1950 fire. The mice gnawed the crackers which produced the first spark of the big fire. That fire destroyed a big and important part of the city

How to go to Balıkesir?

What to eat in Balıkesir?

Where to go in Balıkesir?

What to do in Balıkesir?