How to go to Datca?

What to eat in Datca?

Where to go in Datca?

What to do in Datca?

What to buy in Datca? 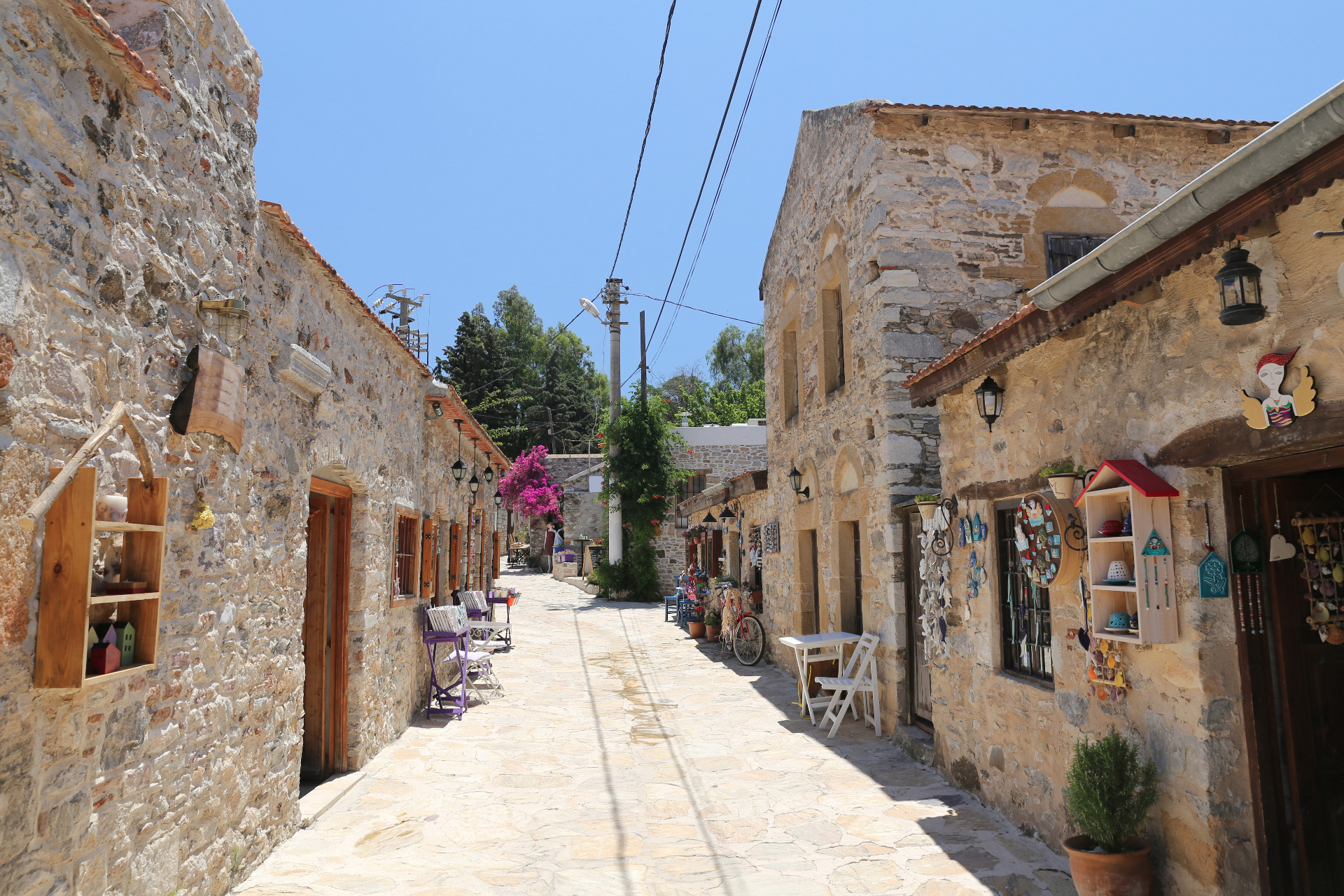 Datça: Jutting out into the Aegean Sea like an extended index finger pointing at the Greek island of Kos, the long, rugged Datca Peninsula boasts some of the most unspoilt scenery along Turkey's southwest coast, and the charming little

town that has given the peninsula its name offers the perfect conditions for guests seeking beautiful landscapes, good swimming beaches and a generous dose of local character. Datca stands on the southern shore of the peninsula, gazing back across the sea to the equally mountainous Loryma Peninsula, and to the Greek island of Simi.

Those simply seeking a relaxing seaside break will find that Datca is just large enough to be self-contained, yet small enough to retain a pleasantly laid-back pace. The harbour attracts its fair share of visiting gulets and yachts, so naturally there is a decent choice of pavement cafés and restaurants as well as a handful of low-key music bars for those who like to like to let the evenings linger a little longer. During the day, the main lure are the town's two beaches; Kumluk to the east and Taslik to the west, which are a mixture of coarse sand and pebbles. Just in from the western bay there is also a shallow lake fed by warm mineral springs – an appealing option for a swim especially in early season when the sea is still warming up.

Famed for its almonds and its honey, the countryside around Datca offers access to some excellent walking terrain, with nearby mountainsides covered in pine forests, oak, carob and citrus trees. Approximately 2 km from modern Datca, the crumbling village of Eskidatca ("Old Datca") is definitely worth a visit, with its romantic maze of cobbled alleyways. A little further afield, there are a number of hidden coves which can be explored by car or on boat trips, whilst ferries and hydrofoils link the nearby harbour of Kormen Limani on the north shore of the peninsula with the lively and cosmopolitan town of Bodrum across the majestic Gulf of Gokova.

Heading back in the opposite direction, at the head of the bay that is enclosed by the Datca and Loryma peninsulas, the sleepy seaside village of Orhaniye has its own legend: the long, submerged sandbank out in the bay, known as "Maiden's Sand" is said to have been created by a local girl trying to escape either pirate attack or an arranged marriage, depending on which version you believe. Unfortunataly, she ran out of sand halfway across the bay and chose to drown herself rather than to surrender. Today, Orhaniye's natural setting and restful atmosphere make it a place to escape to, rather than escape from.

How to go to Datca?

What to eat in Datca?

Where to go in Datca?

What to do in Datca?